On Easter Sunday, scores of Revolutionary Socialist Republicans from across the 32 Counties, joined by a number of international revolutionary comrades, assembled in Glasnevin, Dublin for Anti Imperialist Action Ireland’s annual 1916 Commemoration.

Led by a section of the Socialist Republican Colour Party and a banner that read No to Nato ‘we serve neither King nor Kaiser but Ireland’ applying the the position of James Connolly and the Citizen Army to today’s conditions, the large parade made its way through Glasnevin to the Republican Plot in the Saint Paul’s section of Glasnevin Cemetery.

The event at the plot was chaired by a comrade from Dublin and began with a rousing rendition of the Foggy Dew. This was followed by a reading of the 1916 Proclamation.

International solidarity was then extended to comrades in the Popular Front on Palestinian Prisoner Day, and to Jardun as they celebrated Aberri Eguna, before a young comrade from Kerry, was called forward to read For the Citizen Army by James Connolly and then a young comrade from Waterford was called to read the Manifesto to the Citizens of Dublin by Padraig Pearse.

Following the reading, floral tributes were laid in honour of Ireland’s Patriot Dead, before a minutes silence was held in honour of the men and women from every generation that have fought and died in Ireland’s ongoing struggle for Freedom, during with the Colour Party lowered the flags in solemn tribute.

Following the minutes silence, a singer was then called forward and delivered a moving rendition of ‘Where oh Where is our James Connolly?’, in honour of the Socialist Republican Leader of the Rising.

The chair then spoke about AIA’s opposition to Imperialist War and the threat posed by NATO in Ireland as well as highlighting the need for a United Front of all progressives against any moves by the Free State to serve in an EU Army or join NATO.

The Main Oration was then delivered by a comrade from Armagh in Occupied Ireland who delivered an inspiring speech on the theme of sacrifice in the Republican Struggle, and the need for all comrades to make sacrifices in order to enter serve the Revolution, with a duty of all comrades to make themselves strong and fit and to raise their game and commitment in order to live everyday as if the Rising would be tomorrow.

Following the main oration, solidarity was then sent to the Communist Party of Brazil- Red Fraction who are celebrating 100 years since the formation of the CPB, and also to Revolutionaries in Peru, India, Turkey and that Philippines who are engaged in Protracted People’s Wars, and to those forces preparing to launch them.

The event was then brought to a close with a rendition of the song Irish Citizen Army, followed by Amhrán na bhFian.

Throughout the course of the event, the large crowd of Revolutionary Socialist Republicans and supporters who had attended, were kept under surveillance by the free state police, including the special branch, the armed undercover political police. The Free State Police helicopter also kept the event under surveillance from above, demonstrating that gatherings by Revolutionary Socialist Republicans are viewed as a continuing threat by the Free State Counter Revolution.

Anti Imperialist Action Ireland put on record that we will not be intimidated from our Revolutionary aims and objectives and we again call on all across Ireland who believe in the struggle for National Liberation and Socialist Revolution to join us and play your part in rebuilding that All Ireland People’s Republic Proclaimed in 1916! 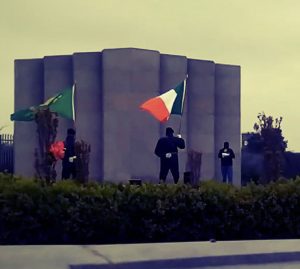 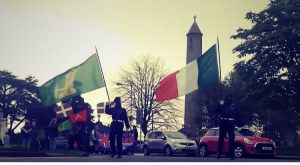 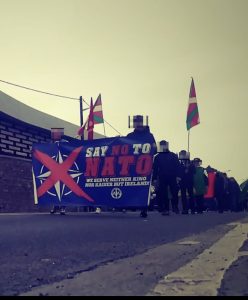 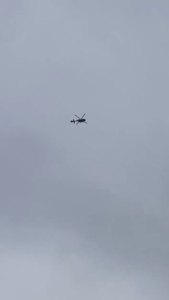 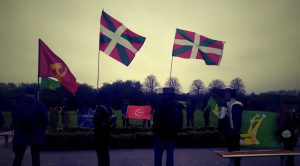 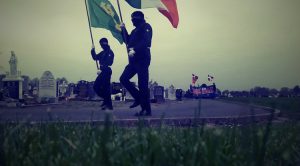 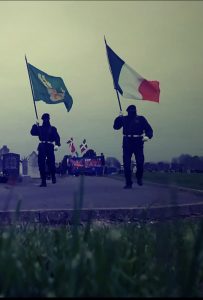 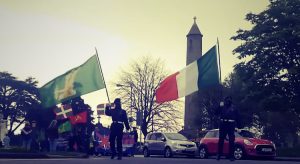 An All-Ireland Socialist Republican mass-organisation building people’s resistance to British, EU and US imperialism in Ireland as part of the world socialist revolution.

Applying the best traditions of Republicanism in Ireland and the international communist movement.

If you want to help overturn the rotten oppressive and exploitative systems in Ireland.

Get in touch via social media or email, or come to our demos, actions or events.
As an All-Ireland organisation, you may have cells or supporters in your area.